This page replaces the old website about the Nijmegen Arabic Dictionary Project (wba.ruhosting.nl) which may become unavailable in the near future. 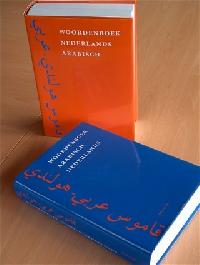 The Stichting Middle East Transfer in Nijmegen took up the plan to compile a Dutch-Arabic/Arabic-Dutch dictionary in 1990. The Dutch Ministry of Education and Science was requested to subsidize a feasibility study.


In the autumn of 1991 the report titled 'Lexicografische Vertaalvoorzieningen voor het Nederlands Taalgebied' ('Lexicographic translation facilities for the Dutch language area') appeared. In this report an advisory group appointed by the Minister gave high priority to a Dutch-Arabic/Arabic-Dutch dictionary.


In December 1991 the Ministry granted the requested subsidy. In the same month Middle East Transfer was discontinued for lack of commercial viability. The University of Nijmegen then took over the 'dictionary project', however without providing any funds for its realization.

In the meantime an editorial team had been appointed and a preliminary study had been started.


In 1992 the report of the editorial team was presented to the Ministry of Education.

The commission decided to provide financial support to dictionary projects for a number of languages, based on an inventory as well as an analysis of needs for dictionaries and priorities defined by the commission. Many projects have been completed since then.

The commission not only supported these projects financially, but also by supplying a lexicographical infrastructure, existing of a database editor (OMBI) and the Dutch Lexical Corpus RBN.


In 1995 we were invited by the commission to present a plan for the compilation of the Dutch-Arabic and Arabic-Dutch dictionary.

After submitting our plan, in 1996 we received the agreement of the commission with our plans, as well as the financial commitments.


The learners' dictionaries compiled under leadership of Mark van Mol were published in 2001 by the publisher Bulaaq.

In 1996 a contract was signed by the board of the Faculty of Arts of the University of Nijmegen and the Dutch Language Union, in which was stipulated that the execution of the project would have to be completed in three years. The starting date for the project was 1 March 1997.


Rather soon after the beginning of the work, we realized that three years would not be enough to finish the project.

During the first year of the execution, we were not able to work at full capacity since the Dutch lexical corpus (RBN) was not available completely. In the first stage we received only nouns in batches of one ore two letters of the alphabet.

Because of the incompleteness of the Dutch lexical corpus it was decided not to utilize the full capacity of manpower that could have been called in on the basis of the financial prospects, but to apply for an extension of the period to finish the project without applying for extra funding.

The commission agreed to our application, by extending the period with an extra (fourth) year. This resulted in the obligation to terminate the project in march 2001.

In a publication Kees Versteegh and I have described the first stages of the execution of the project, as well as a historical background about the need for a dictionary of Arabic in the Netherlands.

For various reasons we were not able to finish the whole project within this period of time.

These reasons can be summarized by stating that


Fortunately our principal, the CLVV commission allowed us some extra time to complete our work. During the summer of 2002 we presented the (almost) final version of the database to the principal, and we obtained the final approval of the content of the database from the CLVV.

Meanwhile, a programmer had started to work on transferring the data from the (Interbase) database into a DTP program (Indesign). Since this process took some time, I was able to make some small additions to the database while the programming and the correction of the Dutch were being done by other specialists (fall 2002).

Finally the database had to be handed over to the programmer in order to process the content with this DTP program, after conversion through routines written by the programmer.

Then we entered the stage of final proof reading. During this stage we decided that it would be necessary to read all pages of both volumes, although the content of the database had been checked several times by several specialists.


Then finally we entered the actual printing stage which resulted in the presence of two volumes together containing over 2300 pages of Dutch or Arabic words and expressions followed by their translations in the other language.


In 2009 the second edition of the Dictionaries came out. In the Dutch-Arabic part corrections were made. The Arabic-Dutch part was extended with almost 100 pages. 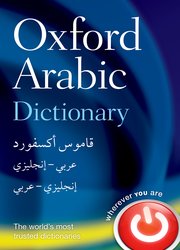